Gee it’s good to see you. It’s so quiet without Shoko telling us what she thinks of life in general. The last I heard Shoko was having a lot of fun with all her Cat Scout friends and especially Einstein. I guess Shoko and I are growing closer.

I did tell you that an unknown shenanigan of Shoko’s would be revealed. Ok. Shoko was a very happy kitten and loved everything and everybody. Not exactly the ideal attitude to deal with strangers. She was always pleasant to be around even if she(even then) talked your ear off. She was taken to the vet to get spayed early in the morning and was out about 2pm. When mom picked her up, Shoko was delighted to see her and was doing her happy dance. The vet proceeded to tell mom Shoko would probably be tired and wouldn’t want much to eat. So mom brought Shoks home and she was swinging off the cat pole and chasing me around the house…but first she loaded up on the hypoallergenic food. So much for keeping her calm and not letting her jump. You ever tried to stop one of us from jumping when we’ve made up our mind to jump? Pretty well an impossible task!

Mom opened the sliding glass door to go out for a minute and out ran Shoko who saw an old Siamese cat in the garden. Shoko’s eyes got big and her tail shot straight up. Mom and I both called to her….get away from him. Shoko was far to delighted to listen. As she ran up to the old cat he reached out with claws shining and batted her on the head and then bit her tail! The miserable son of a stray. Shoko was very upset…not just hurt but her feelings were hurt. Once she settled down mom took a good look and decided to take Shoko back to the vets. When the two of them came home…Shoko’s tail was dragging and she had a small hose at the base of her tail. She had got an anti-biotic shot just in case that old guy was carrying any disease.

Mom watched for that ole Siamese and chased him away as soon as she saw him. Shoko never greeted anyone like that again…except mom when she’s been away for days. This was a very hard lesson for Shoko but she learned it well.

Now, for our Artsy Fartsy Caterday with Athena and Marie. I have been working on a picture of self.

For this piece of art I used a Soft Colour filter and a Sunset overlay.

Just click on Athena’s badge and be teleported to see other artsy anipals. 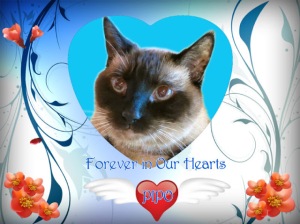 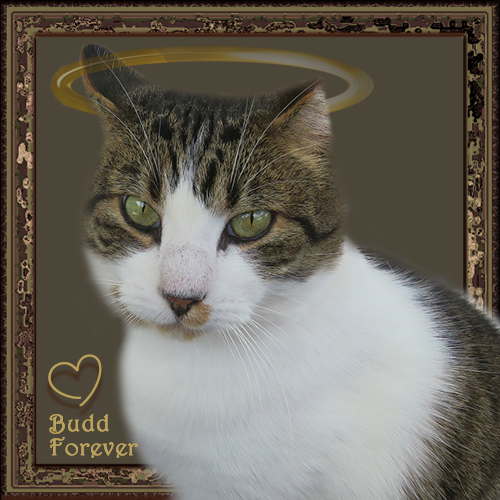 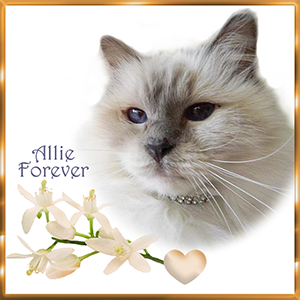 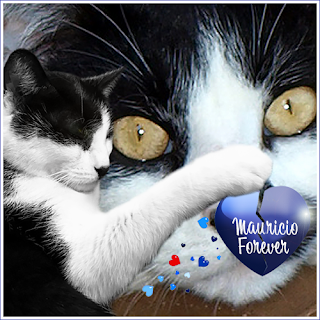 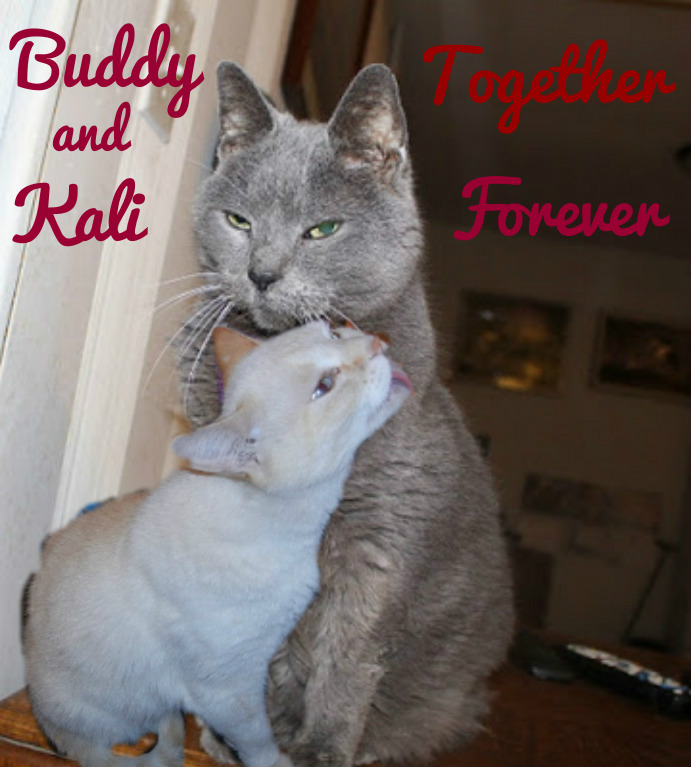 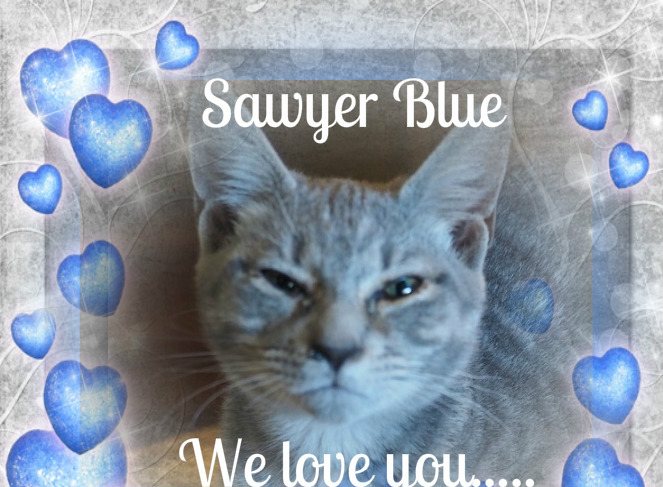 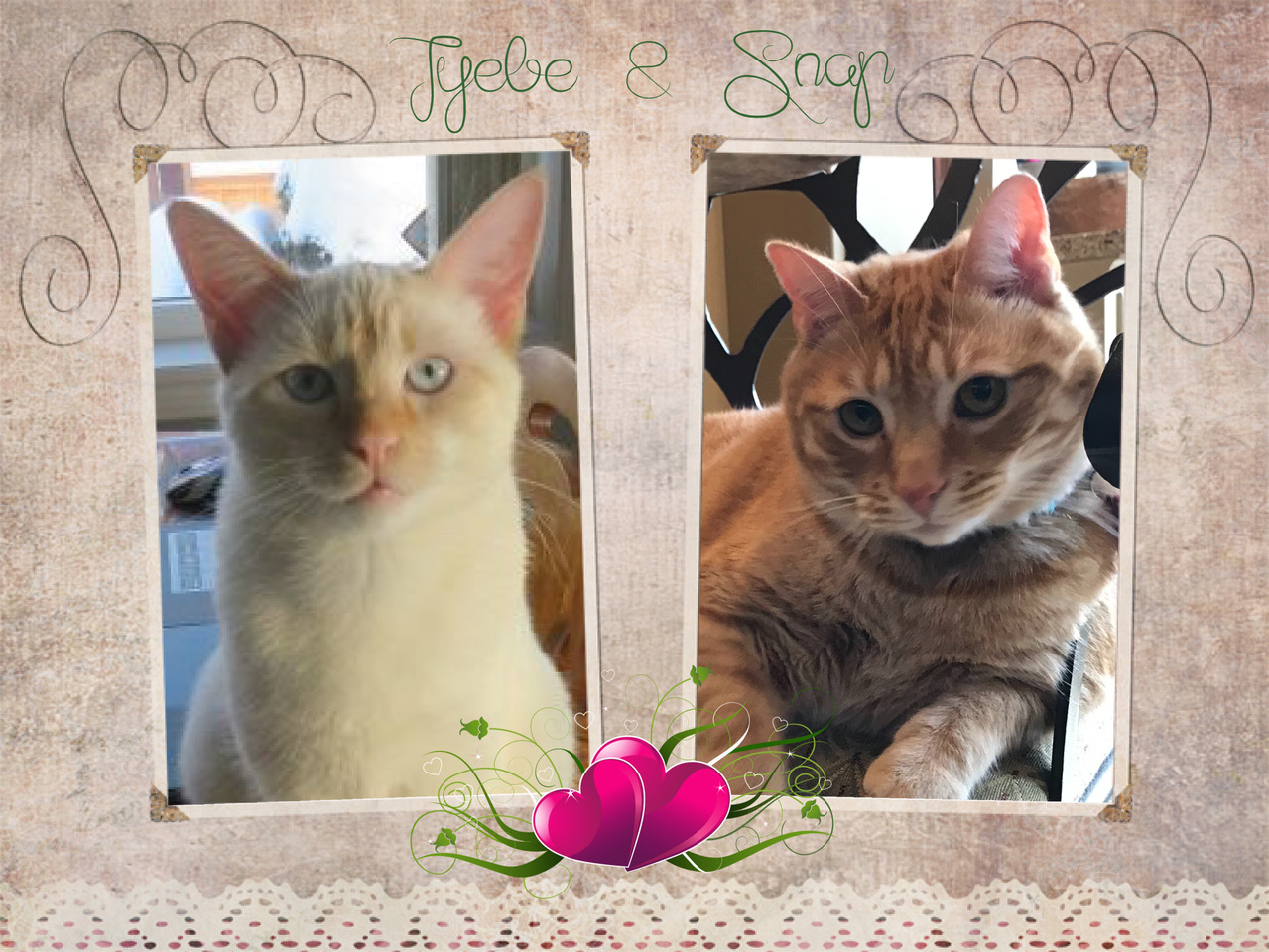